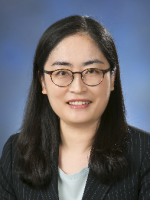 Jiyeoun Song is an Associate Professor at the Graduate School of International Studies, Seoul National University (SNU). Professor Song’s research lies at the intersection of comparative political economy and social welfare policy, with a regional focus on East Asia. It examines several related themes: the politics of labor market reform, the diverging paths of social welfare policies under the pressure of socio-demographic challenges, and the political economy of social and economic development. She is the author of Inequality in the Workplace: Labor Market Reform in Japan and Korea (Ithaca, NY: Cornell University Press, 2014) and articles in Governance, Social Policy & Administration, Asian Survey, Journal of East Asian Studies, and other outlets. Professor Song’s teaching at SNU focuses on comparative political economy in advanced industrialized countries and East Asia, social and economic development, and international development and cooperation. Before coming to SNU, she has served as an advanced research fellow with the Program on U.S.-Japan Relations at Harvard University, a postdoctoral fellow with the Korea-Pacific Program at IR/PS, UCSD, an Assistant Professor of Political Science and International and Area Studies at the University of Oklahoma (Norman, USA), and an Assistant Professor at the Graduate School of International Studies, Sogang University (Seoul, Korea). She has also been a Visiting Scholar at the Institute of Social Science, University of Tokyo, and the Department of Advanced Social and International Studies, University of Tokyo. Professor Song has earned a Ph.D. in Government from Harvard University (Cambridge, USA), and her M.A. and B.A. degrees in Political Science and International Relations from Korea University (Seoul, Korea).

Jiyeoun Song, “Economic Empowerment of Women as the Third Arrow of Abenomics,” Journal of International and Area Studies 22:1 (June 2015), pp. 113-128