On November 12, 2019, as a part of the Jean Monnet Centre of Excellence Program and with the support of KIEP, the EU Centre hosted a Special Lecture by Professor Kolja Raube. Prfoessor Kolja Raube is the Assistant Professor for European Studies at KU Leuven, the Senior Researcher at Levuen Centre for Global Governance Studes as well as the Program Cordinator at the Entre for European Studies at KU Leuven. On this day the professor gave a lecture on “Europe’s Role as a Global Governor and the Liberal International Order.” The Lecture first explained what the liberal international order is and what Europe’s role should be in the changing world order. Students were able to learn more about Europe’s current role now and how it plans to change along with its foreign relations with Asia. 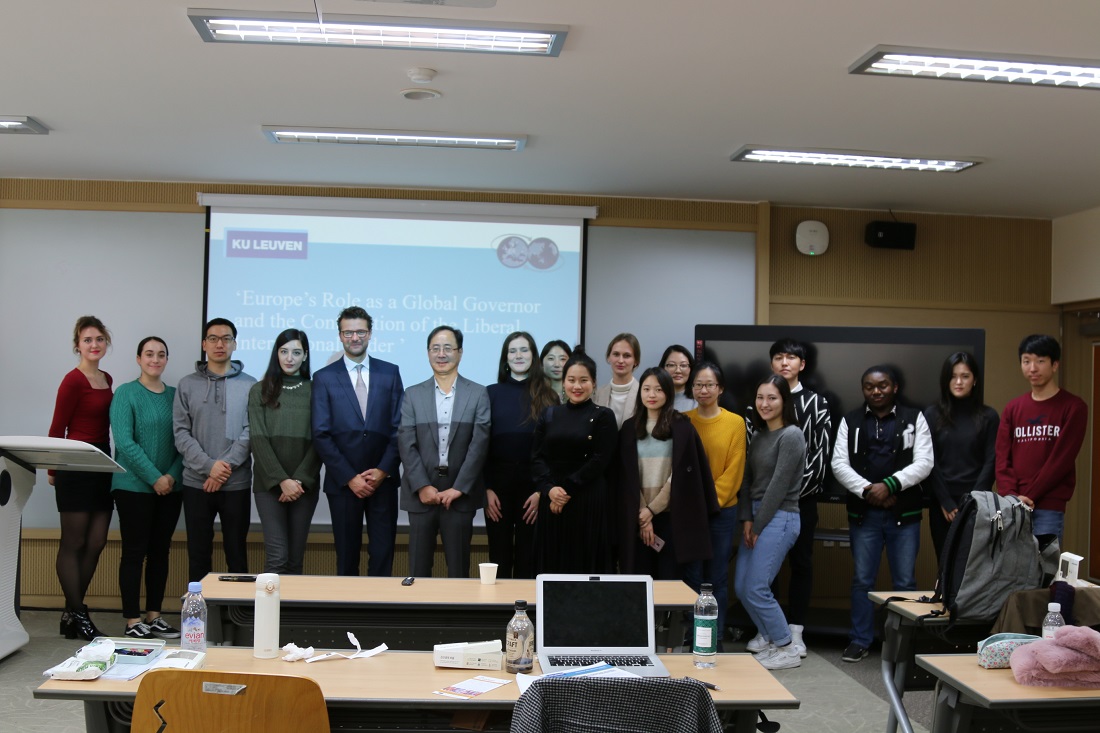 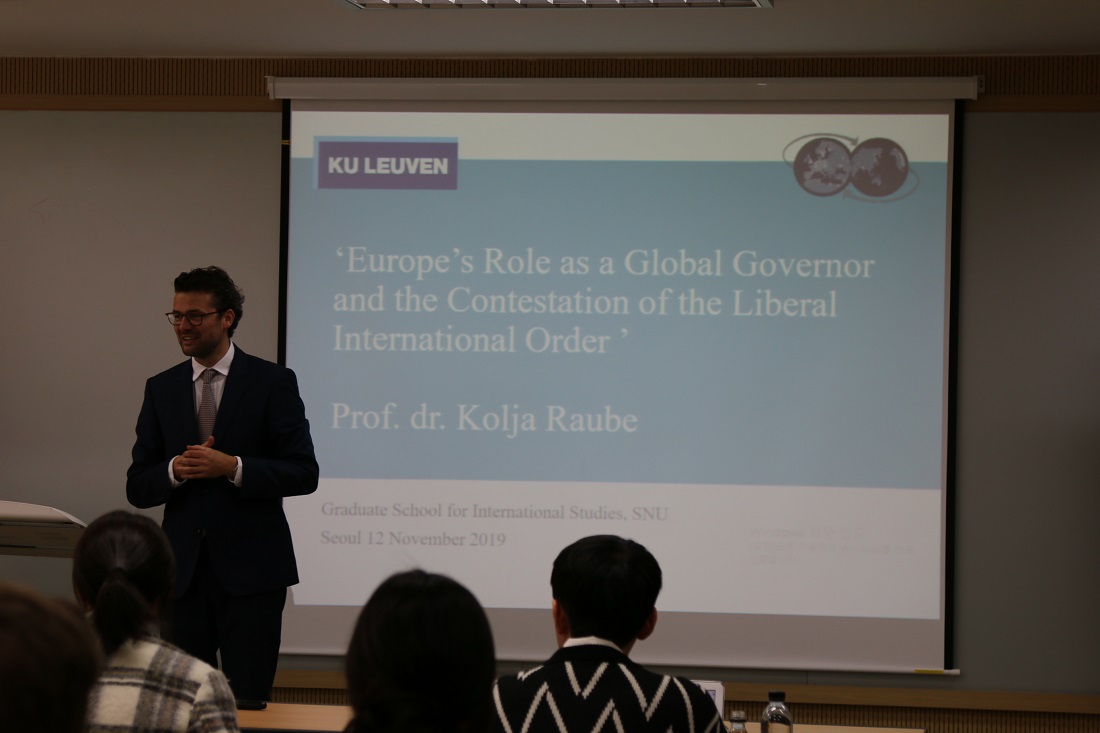 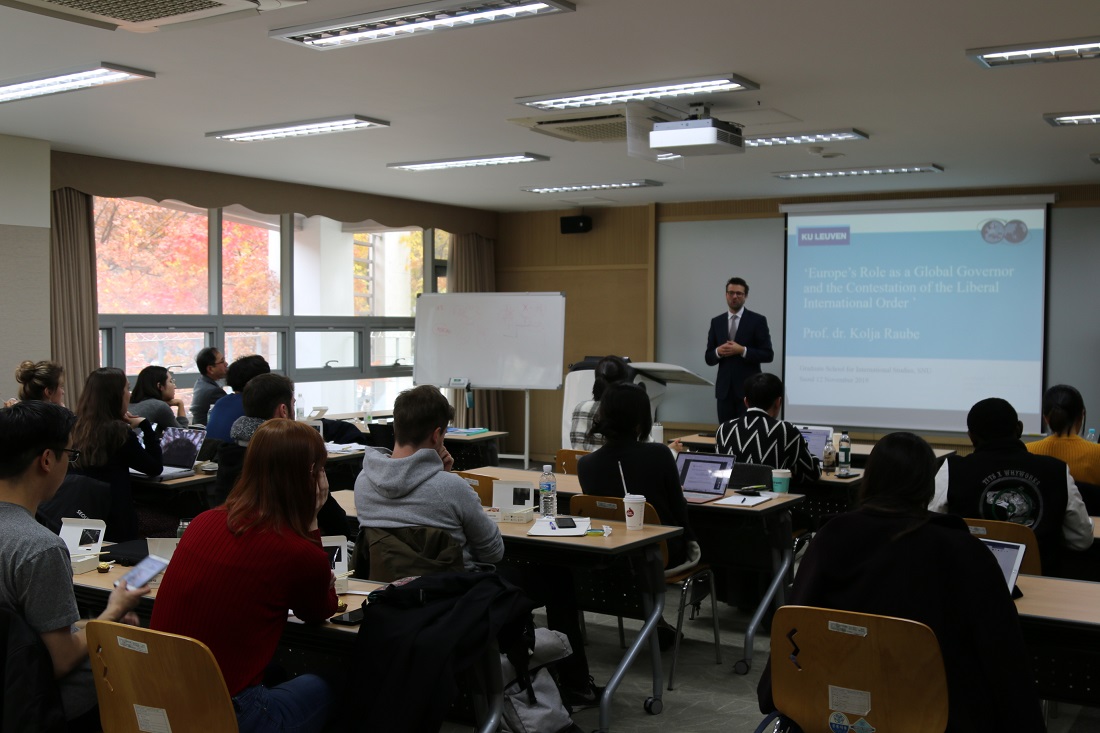