As part of the Jean Monnet Centre of Excellence Program and with the support of KIEP, the EU Centre hosted a special lecture by Mr. Zsolt NÉMETH gave a lecture on his “Personal Reminiscence About the Fall of Communism in Central and Eastern Europe in 1989. Mr. NÉMETH is the Chairman of the parliamentary Committee on Foreign affairs and the head of the Hungarian Delegation to the Parliamentary Assembly to the Council of Europe. As Hungary is celebrating its 30 years of peace, the lecture focused on the democratization process of Hungary and also mentioned the similarities between Hungary and Korea. Students were able to get a deeper understanding of the similarities between the two countries and what both sides could learn from each other. Students were able to personally meet the Chairman after the lectures during the lunch session. 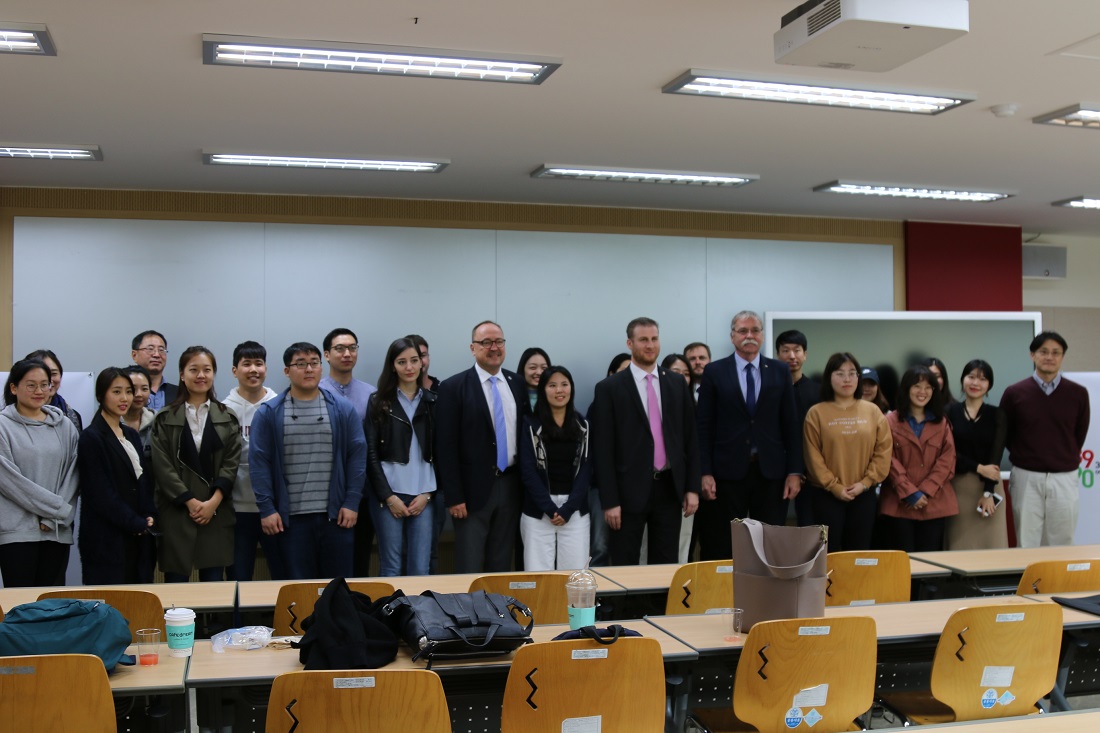 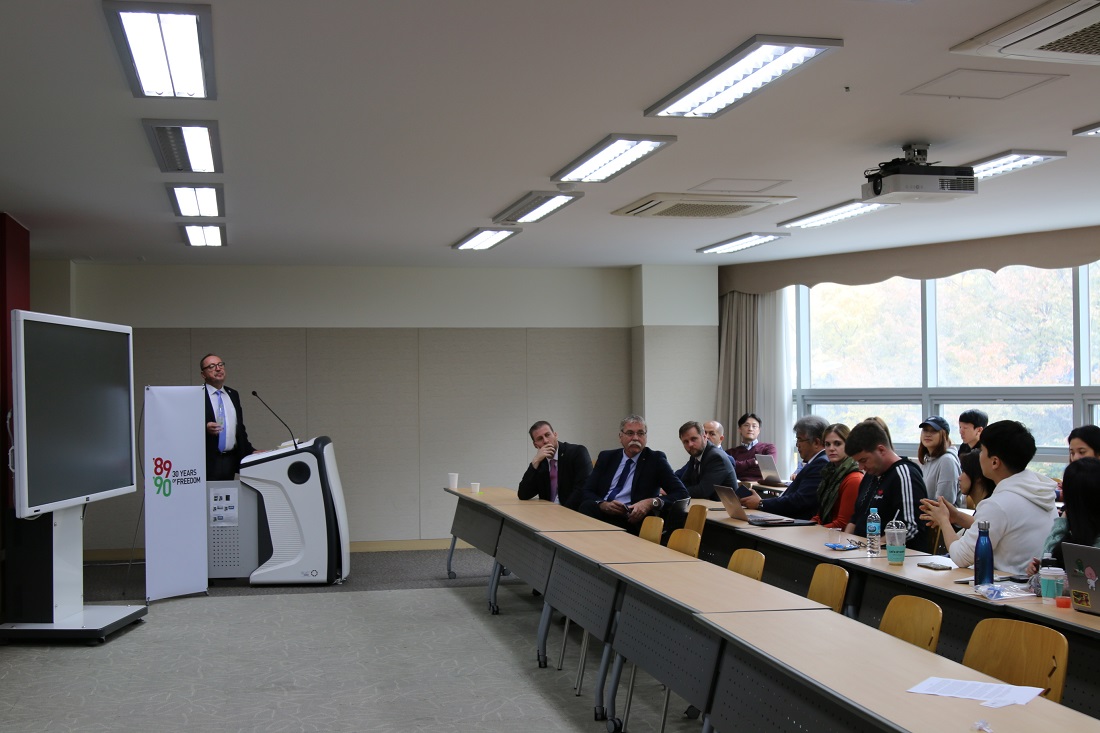 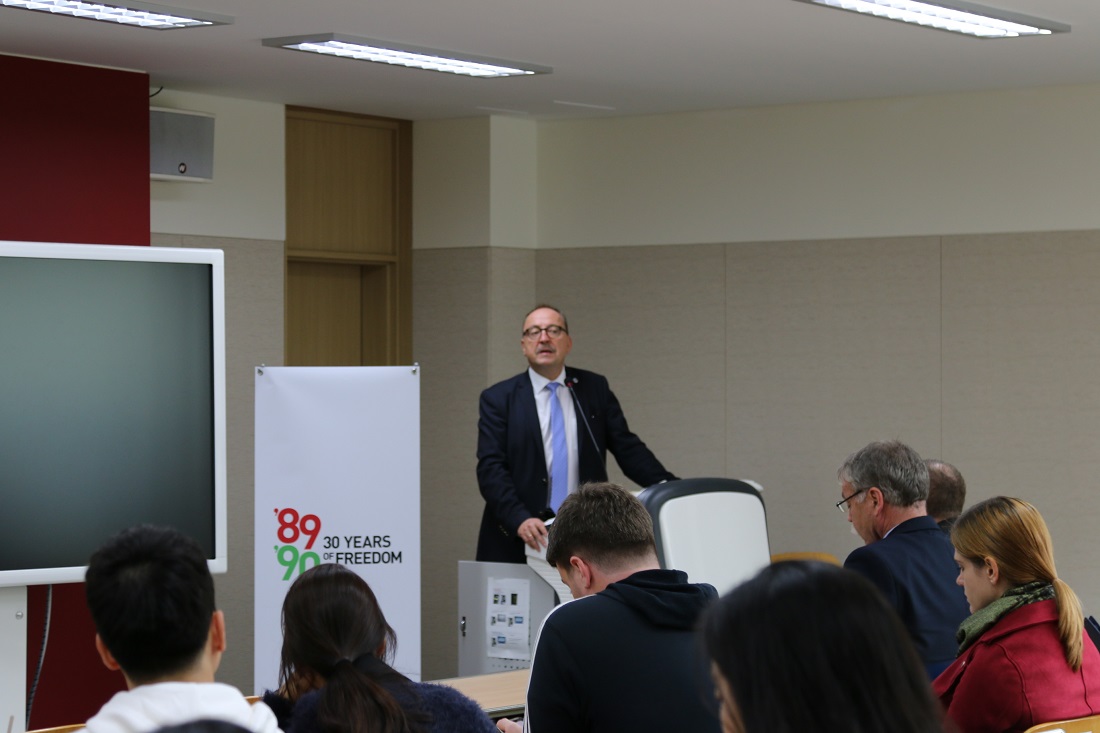